Session 50 -  They Said Valkomen Go Communicate with the Giants

Sir Thornston Snow (Hedge Knight)
Valkomen Gimilzor (Paladin of House Branch)
Nachtheim of Blancshale (Student of Magic) Absent
Friar Bede (Cleric of the Old Gods)
Fritjof (The Locksmith)
Karr Bidebit (The Dwarven Dwarf)
So I did just that.  Charged in and began laying waste with my trusty magic sword. Those Giants are mighty strong but at least they were not cold like the Yeti.  We met that cold beast a few rooms later. Oh the Giants yes they were tough.  We killed them.  I did see some of my party members run off.  Most campaigners would be concerned about such activity.  However I know my party.  They just went to fetch more monsters. Sure enough they came running back with some Giant Skeleton Warriors in tow.  Unfortunately Saint Bede took them out instantly.
We went off to do more exploring in this Frozen Land of Ice.  We don't know where we are.  The voice said something about kill all the Lizards and take everything they own. Like of course we will do that.  Just would have been nice to get a map or some directions to where the Lizards are.  Lizards are not at peace with the Old Gods.  It is a blessing to kill them.  I hope St Bede likes Lizard?  We are out of rations.  Well except the liquid kind.  I have some fire spirits left to drink.  So HER!  Whoever HER is?  Can we get some rations?  Hope we find these Lizards soon!
Posted by Mordenkainendogpissbeer at 2:15 PM No comments: 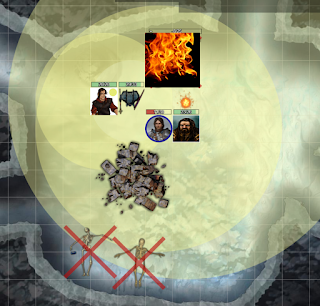 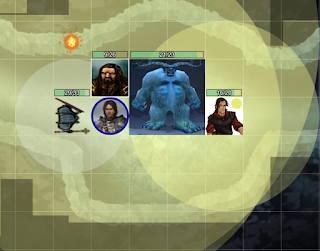 The group made it to the end of the third test. The Cleric reads the script and presents the statue as the rest of the group fights the minotaur king. 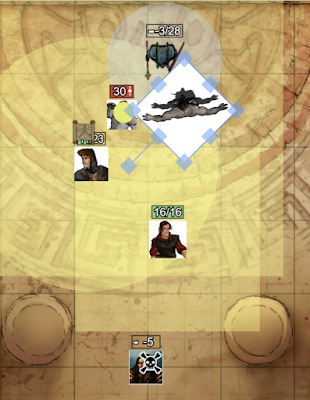 Fresh Beef Steak Denied!  Walking around and stepping on every trap sure works up a appetite. I can't believe I gave the Saint my last ration. At least the new Magic Sword works.  Time is running out.  One last prayer to the Old Gods that we find a solution to this Maze.
Posted by Mordenkainendogpissbeer at 5:23 PM 2 comments: 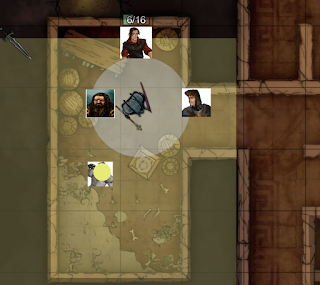 Welcome to test #3
Lair of the Minotaur God

Wow
Posted by DM_Angelo at 5:31 PM No comments:


We lost the Black Robe Wizard.  However we are hot on his trail.  Don't worry Brother Nachtheim we will rescue you!  So apparently this is a game in here.  We are figuring out the rules and getting down to serious play.  7 more test to go.  They did say nine?  Demon or Devils whatever these are in charge of this place will most likely attempt to cheat.  Speaking of Cheating!

I found a glorious and super nice majestic mount.  The fates took him away.  We can't get him through the door.  I really wanted to keep him.  Tear shed for lost Turtle Dragon.  Damn!

We must continue onward.  Vegenance for the Children!


Posted by Mordenkainendogpissbeer at 10:19 PM No comments: