The adventures continue in the dungeon level and try to open the other trapped door. Our dwarven thief (Nori) tries to disarm the trap on the door but cannot.

Glori the dwarven cleric talks with Phelan and he tells him of the disappearance of the elves, and the diplomatic party who did not return when attempting to make contact. Trade had abruptly stopped a year ago between the elves and dwarves. Did the elves leave? This vacuum left has led to the rise of enemies. The dwarves are concerned, hence the repopulations of the Rune Towers. Winter is here!

The travel west down the corridors to the adjacent temple room.

As they enter Glori tells the group that an evil presence is here!

The large temple room has a mummified figure sitting upon a seat raised upon a dais. The room is lined with eight pillars and fitted with burning torches in sconces. They approach carefully.

Toutorix sees movement from the creature and joins the dwarves in a charge,

Suddenly 10 mummies come out of the rear walls and approach the rearguard of Na'ab and Phelan.

Na'ab brands his holy symbol of Selune and forces them back.

A battle ensues that is deadly for Na'ab of the Thousand Islands.

Our heroes make it out barely...

What has become of this place? What evil has taken this land? 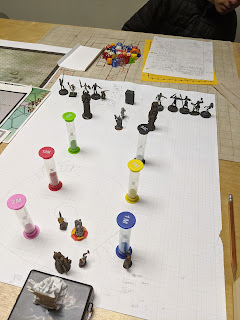 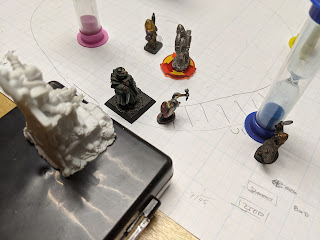 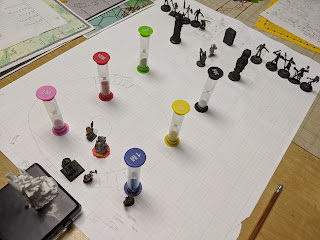 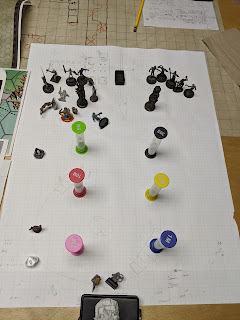 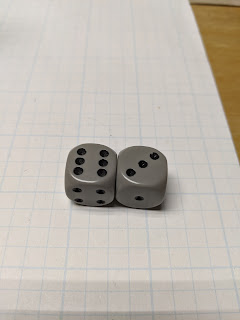 The group makes a deal with the dwarves to join them.
Glori the Cleric tells a story:
They were sent by the king of Moria to establish a connection to the rune tower. The rise of the goblins and others has forced them to venture further south to man the towers again. Their mission is to clear out the tower of enemies.
The dwarves offer to split all the treasure 50/50 if the adventures help on this mission.

After a rest and some much needed healing. They group sets out up the tower. The dwarves open a secret door that leads to the 1st floor where a Giant Winter Snake lives. They vanquish it and move on to the armory on the 3rd level.

The group goes to the dungeon level and disarms the explosion trap. Opening the door they find another underground boring beetle and barely finish it off. 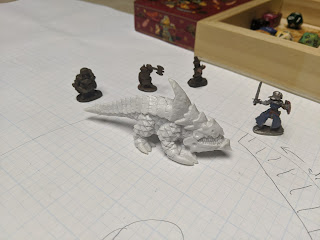 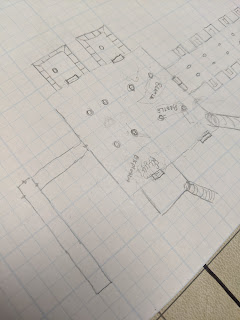 The group decides to head back upstairs to rest and recuperate after the explosions.
In the main ground level of the tower, they set up camp by building a cheery fire in the hearth: resting, drinking and eating for the remainder of the day.
Night comes and they setup watches.
Adfric draws the first watch.
He hears something coming up from the dungeon level.
In comes a large group of Goblins with a Cave troll. 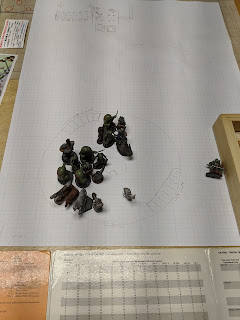 Heroic fighting begins.
The two fighters fall in the battle, put down by the troll.
To everyone's surprise, a trio of dwarves comes in to save the day.

As things settle down, the dwarves introduce themselves as 3 brothers who have been sent from Moria to track down these goblins.

They settle down with the heros and share some drink.