All about the North 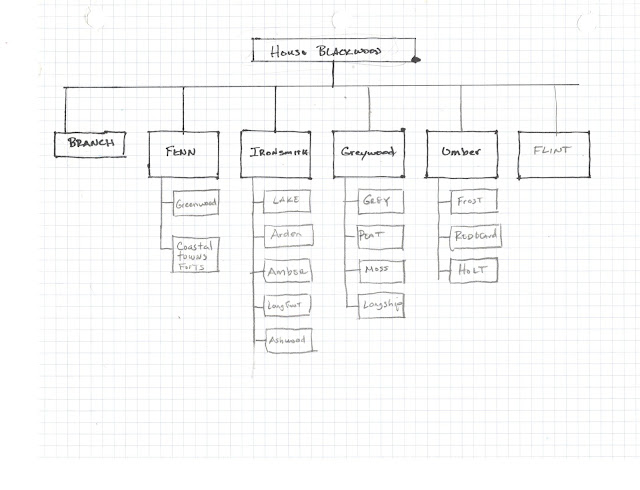 The Crossed Arrows Inn
The inn is a single storey building of half-timbered walls, with several leaded glass wThe innkeeper is an old male Frime Bairnell. Accomodations consist of several hammocks in the common room.

Keli the old man in the inn who likes to tell stories for the price of mead.

Saltmarsh
The Coastal Town of Saltmarsh

The coastal township is under the authority of Lord Sheriff Bixby, vassal knight to Lord Fenn. This towns main export is fishing and the local farms in the area that product citrus.
Lord Sheriff Bixby is a knight and has 24 men-at-arms who are in charge of keeping the peace.

Inns and Taverns of the Town (Inn)
The Full Moon Inn
The thin man Thildo is the Innkeeper
The inn is a single storey wooden building. Accomodations consist of a single large room with wooden cots and straw mats near the hearth. No meals are served hear.
1cp per night for a cot or mat.

The Merry Mermaid (Tavern/Small Inn)
A large woman named Hura Haldidotr is the owner.
The Tavern is a single storey stone-walled building, with several leaded glass windows. They have a small common sleeping area which holds 12 on hammocks. 1cp per night.
The meal of the day is:
Salted Shrimp and Bitter Cheese, Tankard of Perry (10 cp)

The Travellers Rest (Inn)
The innkeeper is a heavy set male named Itan.
The inn is a two-storey timber and brick building, with a slate roof. A collection of fine tapestries hang on the walls. Accomodations consist of several small rooms with beds and woolen mattresses.
Food Served is:
Boiled Eggs and Dried Lentils, Tankard of Stout (12 cp)
Salted Oxen and Peas, Tankard of Bitter (11 cp)
Fish of the day, Tankard of Stout (8 cp) 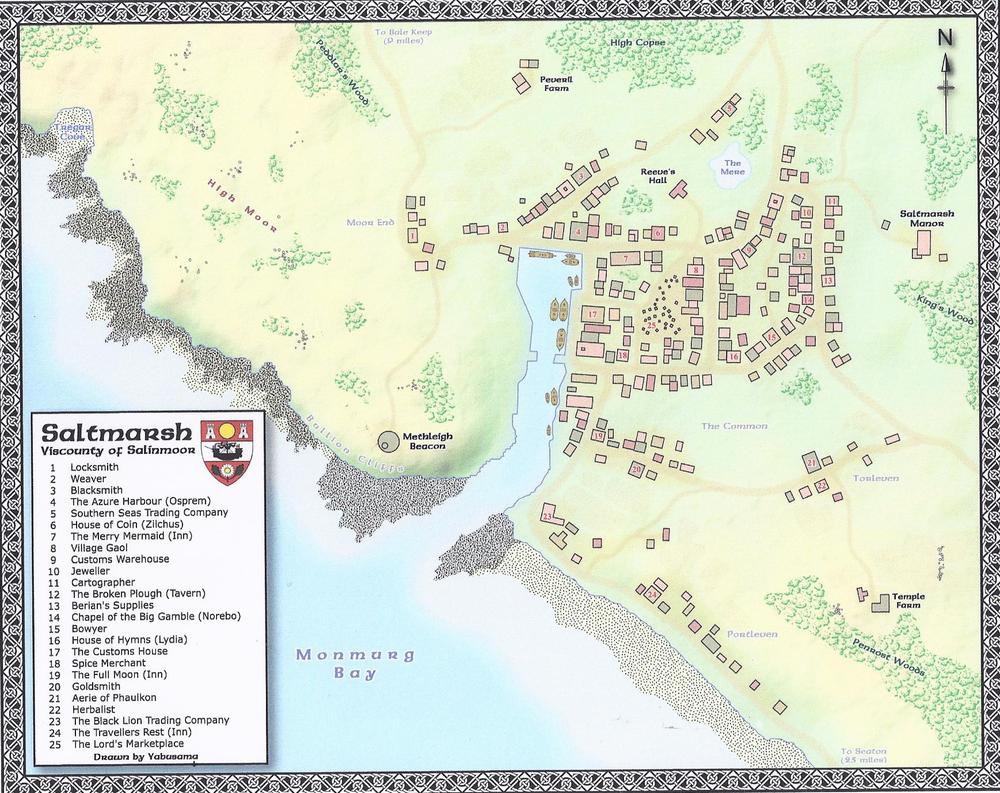 A group of pirates who deal in slavery have a base in the haunted house on the cliff. Local superstitions have kept the local authorities from investigating.
These pirates worship the sea god Kraken.
The pirates are from Xax. They are paying off lord Bixby to maintain operations here.