The north breeze carries the smell of burning flesh.

The group hears people walking from the south after the break for camp.
It is dark.
The group waits for a reaction.
One of the men pulls a crossbow and fires as the others rush forward.
They notice the larger of the 4 has a strangle waddling gait.
Toutorix falls with an arrow to the side and a blow to the chest.
The others slay the foes and the crossbowmen runs for dear life.
They are 2 men of Xax (green-skinned and a Lizardman)
Phelan heals Toutorix.

They decide it is not safe to stay here and move forward in the dark.
Phelans horse finally falls.

A couple miles north they come upon a funeral pyre.
Dozens of smoldering men of Xax.
Heads of the green-skinned men are set on pikes around the pyre as are the weapons of the slain.
Toutorix looks for tracks and signs of what happened here.
He gathers information, listening to the ground.
Riders were here with lances and bows.
They overtook the evil men and surrounded them just before sundown the previous day.
Phelan looks through the pile for the children and finds nothing.

The group is exhausted and breaks for camp. 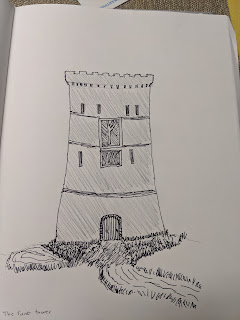 In the morning they wake to the bright sunlight.
A light layer of new snow stretches across the land.
They see a tower in the distance and 2 banners to the west.
Banners of House Blackwood and Flint. They appear to be set as a warning.
They travel to the tower. 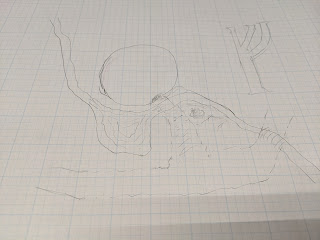 At the tower they find it locked. Toutorix comes up with an idea to fell a pine tree to scale the walls. Adfric watches in amazement as the idea works. Tourtix grabs a torch and goes in a window thirty feet up. The rest of the group follows.
Inside the tower they head up the winding stairs to the top and come upon some spider webs which were as thick as a rope. They pause for a second debating what to do. Phelan is attacked by a huge white spider that is cold as winter. They kill the large beast. Adfric is hurt and poison is freezing his body. 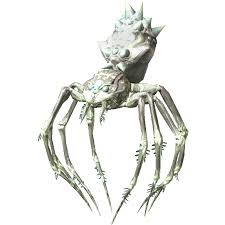 The group removes the dead from the barn rafters.
They sleep in the main house in the loft.

June 24
Phelan sends out ravens.
The NPCs head to Daggerbeak
Toutorix finds tracks going north down a service road. The tracks are mixed with claws and boots. Some of the boot impressions are heavier than others.
The group takes three riding horses to head north.
Light snow
The party runs into two groups of peasants who fled the farm/
They come to a fork in the road and it looks like the persued split up.
Phelan's horse collapse.
It is dark and something approaches from the south.
"The enemy is upon us!" 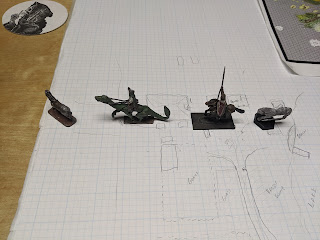 Two hours out they meet a man and his son driving an ox cart. He is friendly and tells the group he is making his way to farmer Otis.

Four hours out it begins to rain harder. Na'ab spots 4 hooded men in rowboat up ahead. They pull to the side of the lake hidden behind a bend.

Toutorix investigates and finds the raft abandoned and beached.
They ambush him and he goes down.
The group attacks back saving Toutorix defeating two of the green men.
Two more are out there.
After more fighting they defeat them.

6 hours in
They arrive at Wyles farm. It is completely dark and the farm is quiet. They investigate to find it deserted.

Toutorix decides to check the barn. It is locked from the outside. They enter and find the missing people hanging from the rafters.
A few of the people are alive. One is the farmers wife. She says before she dies: "The lizardmen took the children. Oh, the children."

Phelan goes inside and sends a raven reporting the news.

What has happened to this land? Who are these green men from Xax?
And, Lizardmen?