Game Session 10 - Aboard the Sea Ghost

Aboard the Sea Ghost
Session: Game Session 10 - Wednesday, Jul 31 2019 from 6:00 PM to 9:00 PM
May 11 996 Summers End
Morning
The Players
Goliath (Sellsword)
Adfric (Sir Baldomeris)
Phelan Duncan (The Magi)
Flannigan of White Wheel (The Bard)
Na'ab Selunesson Cleric of the Thousand Islands
The takedown of the Sea Ghost
The return of Thorsten Snow
The fall of Lord Bixby
The audience with the king 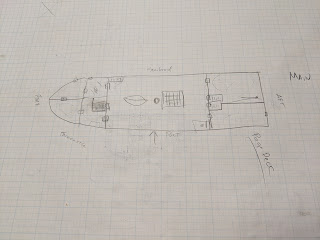 It appears that the quiet area of Saltmarsh I was hoping to report upon will not be a simple matter. So far we have discovered the murder of a brave knight and retainer, and a rash of child kidnappings. There are indications that the local lord may be complicit in both these affairs and maybe in league with outlander pirates. While distressing, our duty lies in determining the truth in these matters. We are, after all, the hidden shield and the hidden sword of the King.

Based upon the presence of his slain huscarle Sir Baldomerius and murdered retainer Viggo, one can deduce that Lord Blackwood suspects a threat to his domain and has sent agents to investigate. At a minimum, the two have been discovered slain. Written orders have been found to this effect and Baldomerius' body found with a deadly wound in the back corroborate this conclusion. As a side note their honorable service in loyalty to their liege lord and kingdom should be noted.

I believe a recommendation of communication with Lord Blackwood regarding the seriousness of the matter is in order.

Email ThisBlogThis!Share to TwitterShare to FacebookShare to Pinterest
Labels: Letter

In the caverns after a rest...
Session: Game Session 9 - Wednesday, Jul 24 2019 from 6:00 PM to 9:00 PM
May 11 996 Summers End
Morning
The Players
Goliath (Sellsword)
Adfric (Sir Baldomeris)
Phelan Duncan (The Magi)
Flannigan of White Wheel (The Bard)
Na'ab Selunesson Cleric of the Thousand Islands
The group wakes up...
In walks Na'ab
Adfric heals the party with found potions.
They move forward and clear the caverns.
They eventually signal the ship to come to Port and attack the three thugs.
They row to the ship and start murdering slavers

Game Session 8 - In the Attic of the Haunted House

May 10 996 Summers End - In the Attic of the Haunted House
Session: Game Session 8 - Wednesday, Jul 17 2019 from 6:00 PM to 9:00 PM
May 10 996 Summers End
Afternoon
Raining
The Players
Goliath (Sellsword)
Adfric (Sellsword with a 10 Strength)
Phelan Duncan (The Magi)
Gmuller
And introducing
Viggo (The Sworn sword of house blackwood) 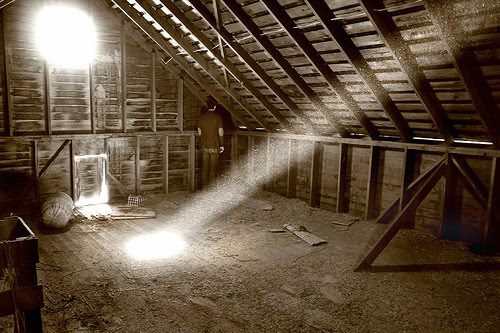 The players are still in the attic figuring out what to do next.
They decide to go to the lanturn and signal to the shop that is anchored out 500 yards. They get a response and see a small boat coming into shore with 3 people.
They head down stairs to the basement. Where they find a wine cellar with a dead knight laying on the floor.
Decomposed is the word.
Gmuller make for the armor and sword and is attacked by 7 rot grubs.

The group tries to help him but kill him in the process.
As they search around they hear footsteps above them. In walks a ranger with a purpose.
He introduces himself as Viggo. Looking for the knight, Baldomeris. He has found him. The man standing before him wearing the platemail and banner of house blackwood.
He hands "Baldomaris" the dispatch that is from lord blackwood.
It reads:
"If you are reading this I am glad you are still alive.
Lord Bixby is up to something I know it. Send a Raven when you learn more.
Viggo is a sworn sword to my house, he will assist you in any way.
Good luck"
The group moves forward into the cellar and is confronted by an assassin. They defeat him after Goliathremoves his arm.
They find the following items:
Vial of poison
Extra healing potion
2 daggers
Posted by DM_Angelo at 10:33 PM No comments:

Game Session 7 - In the cellar of the Haunted House

In the cellar of the Haunted House and Viggo goes to sleep
Session: Game Session 7 - Wednesday, Jul 10 2019 from 6:00 PM to 9:00 PM
May 10 996 Summers End
Late Afternoon
Raining
The Players
Goliath (Sellsword)
Adfric (Sir Baldomeris)
Phelan Duncan (The Magi)
Viggo (The Sworn sword of house Blackwood)
And introducing
Flannigan of White Wheel (The Bard)
The adventure contines in the wine cellar
They continue down the cellar into "The Danger" area.
Attacked by skeletons that the wizard animated and finding of the laboratory.
They continue down smelling the salt of the ocean. Viggo takes the bait and gets covered in green slime. DEATH by Green Slime.
Almost a TPK in a dead end cavern as 5 green skinned foreigners attack the group.
The group "rest" in the cavern.
Adfric searches the bodies and finds 3 healing potions and 30 Silver Peices
The group wakes up on May 11 996 Summers End