Idol room
Bloody and battered the group decides to rest for the remainder of the day. They eat, heal and recover.

They awake in the idols head and decide to go down.
Toutorix finds some secret doors that reveal a Wand of Wonder and a Gelatinous Cube.

The rest of the group battles some lizard men. They defeat them with some ease.

They decide to go down the stairway deeper into the idol.

They come to a room 10 feet across and three doors.
A cackling femle voice says:
"Ahhhh, Soon we will destroy the humans like we destroyed the elves!"
Could this be linked to the disappearance of the elves?
Fenroy negates the darkness spell with the dwarven mace.

In front of the group is a long dining table with a drow elf woman, 6 men of Xax, and 2 Large lizardmen. 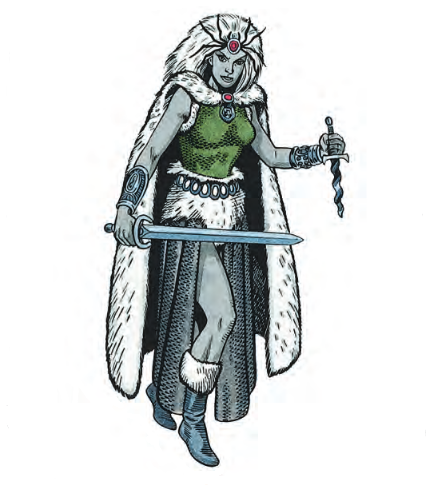 The men of Xax ask: "Al-Jezeer, what is thy bidding?"
She commands them to attack but Phelan has something to say about that.....
FIREBALL!!!!
Killing all of Al-Jezeers henchmen/guests.

The heros dive for cover..... Adfric trips and is charred in the blast. 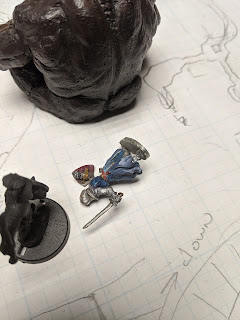