After defeating the hill tribesmen the gathers themselves to move forward.

The group "takes care" of the bandits / tribemen and move forward.

One hour in the group comes across another ambush.

Valkomen charges and falls. Thornston unleashes a volley of arrows to hold them back.

Further up the road Thornston sees this symbol carved in the road. 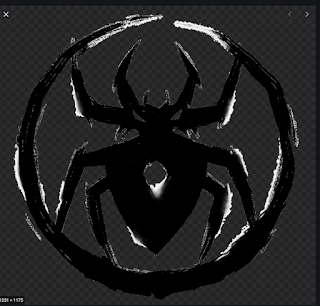 Near the keep, and with Valkomen unconscious the only alternative is to camp overnight. They find a dry spot at the south end of the wetlands.
It is a cheerless night, they do not dare light a fire. Three watches are arranged. The night goes by fairly uneventful except for a harmless snake, a hungry bear, and some lantern lights that are dismissed as an illusion over the bog waters.

The next morning the adventures head out to the destination of the Old Keep through the wetlands. Not far into the washed out road they are attacked by Sleestaks. Nachtheim saves the day with a sleep spell and Fritjof  wants to see if they taste like chicken. 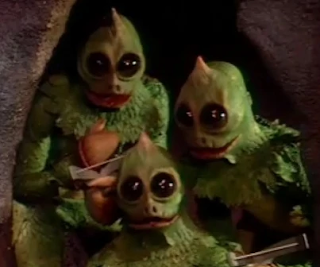 Fritjof  scouts ahead and sees the ruins. He thinks they are being watched by some gargoyles perched up on one of the ruined towers.